We saw some great shows in 2015.  I can't really choose a favorite, but I'd put My Fair Lady, Rocky Horror, and Valley of the Dolls up there.

All performances were in unless otherwise noted.

Posted by Matthew Piette at 3:08 PM No comments:

Having work for or with consumer products companies, I know how sensitive they are to customer complaints.  It is rare for consumers to complain, and they therefore take it seriously.  The assumption is that most people do not bother to complain, so if someone does, it's a pretty common problem.

I complain if there's an issue and I always get a response from the company.  They usually send a coupon to replace the defective product.

I recently had the container on a package of dental floss fail.  The cutting mechanism broke off.  I complained to Johnson & Johnson and got a very thorough response from their supplier:

Thank you for contacting McNEIL-PPC, Inc., makers of JOHNSON & JOHNSON® REACH® Dental Floss. It is always important to hear from our consumers, and we appreciate the time you have taken to contact us.

Our company's  long-standing commitment to providing high quality products for all our consumers is the foundation of our business. Therefore, we are sorry to learn of your experience.

Since your particular situation requires a more in-depth conversation than is possible through an e-mail, we would appreciate the opportunity to discuss this matter with you further. You can call us toll free at 1-866-565-xxxx,
Monday through Friday, 8:00 a.m - 8:00 p.m. EST. Please have the product available if you have it when you call and mention the reference number noted below. Your phone call will help us to quickly gather important information for our Quality Assurance department.

In addition, we would like to have the product returned to us for Quality Assurance purposes. We have arranged to have materials sent to you for your convenience in returning the product. You can expect to receive these materials, along with instructions for return for the product, within the next few business days.

The information you provide will enable us to continue to deliver the high quality products you should expect from McNEIL-PPC, Inc.

We sincerely apologize for your experience and look forward to hearing from you soon.

Here's a list of the plays we saw in 2014.  All performances were in unless otherwise noted.

We started going to the Off The Wall theater this year.  It’s a small venue, maybe 50 seats and is really a lot of fun.  We saw “Rope” and “Cabaret” there and will see “Valley of the Dolls,” as a musical done in drag, this month (January 2015).

Posted by Matthew Piette at 9:42 AM No comments: 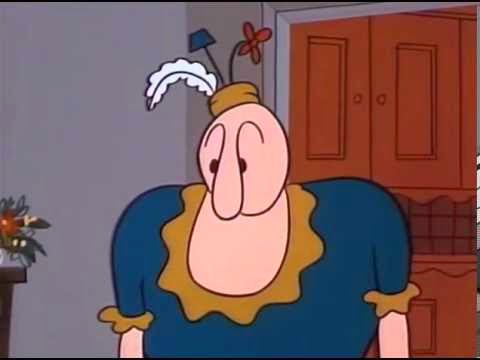 For all you Popeye fans.

Posted by Matthew Piette at 6:09 PM No comments:


I checked out a book from the library, The domestic cat; bird killer, mouser and destroyer of wild life; means of utilizing and controlling it (1916) by Edward Howe Forbush.

The book was in storage at the Milwaukee Central Library when I requested it.  It still has the old “Date Due” card inside the front cover.  The earliest date on there is October 1936 and there were about thirty stamps up to July 1945.  There was only one more after that, 1975. 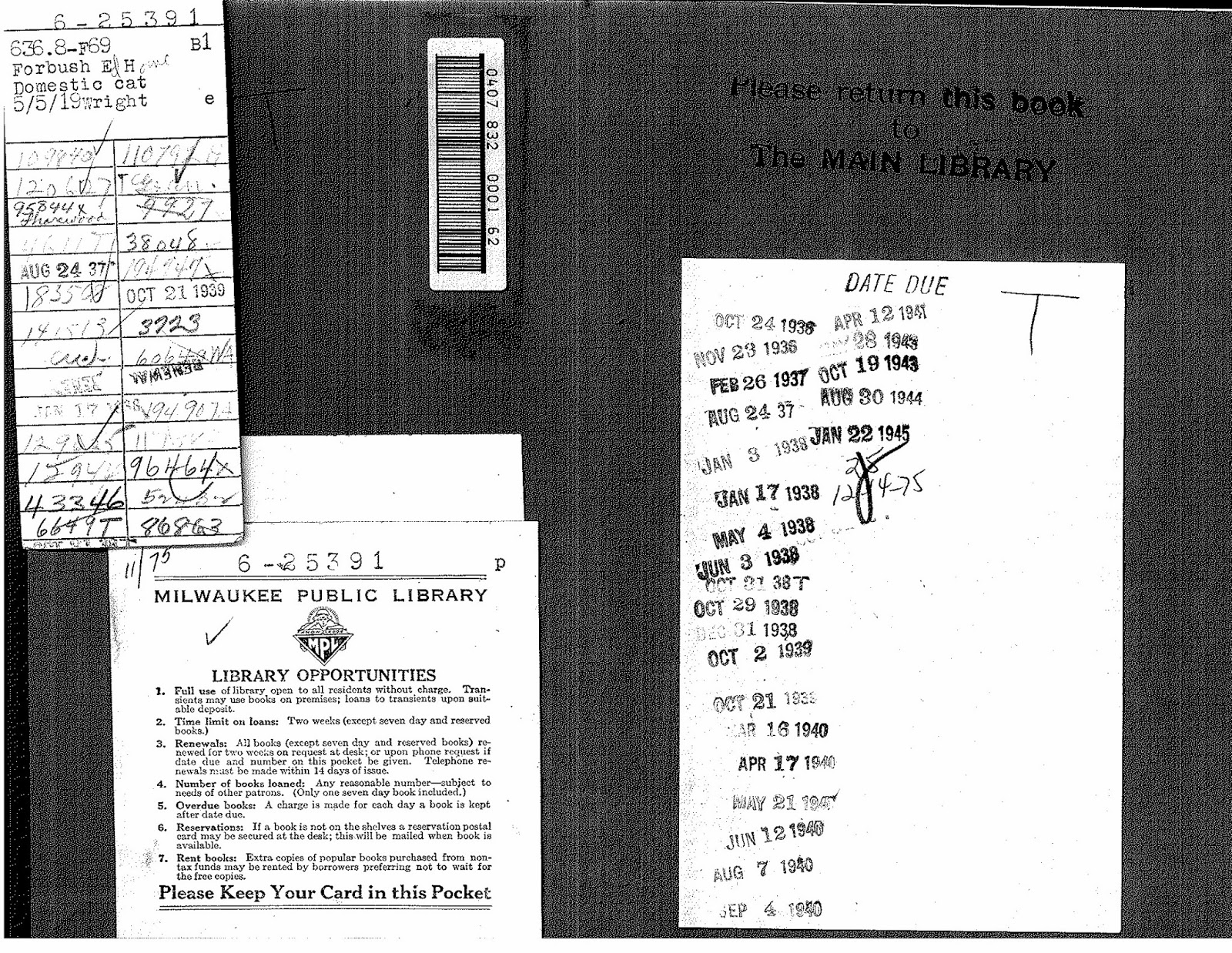 (You can guess Forbush's recommendation for dealing with feral cats)
Posted by Matthew Piette at 7:32 AM No comments:

Room 237 is a documentary discussing various interpretations (maybe ‘conspiracy theories’ is the better phrase) of Stanley Kubrick’s 1980 classic film “The Shining” with Jack Nicholson & Shelly Duval.  6 different people give their take on the movie.  We watched it last night.

One guy believes that it is Kubrick’s movie about the Holocaust, which Kubrick was never able to make (the typewriter was a German Adler, and the number “42” comes up frequently – , 1942…).  Another guy believes it’s about European genocide of the American Indian.  One woman believes that the skier in a poster is really the Minotaur and there is an Indian in a buffalo headdress, so along with the maze it means…I’m not sure.

Another guy says that the movie is actually Kubrick’s confession, so to speak, of the fake moon landing footage that he did for NASA.  Recall Danny’s Apollo 11 sweater as he enters Room No. 237 (Room No. = Moon Room).  “I’m not saying NASA didn’t go to the moon, just that all the footage was faked.”

One guy superimposes the movie playing backward over itself.  Not surprisingly, key things overlap in the center of the film. Actually, that is pretty cool.

They also discuss some of the interesting incontinuities in the film, speculating as to whether or not they have meaning (they all seem to). It’s more interesting than what you’d  think.  I haven’t see The Shining since the 1980’s (Stephen King hated it).  We’ll have to get it again.
Posted by Matthew Piette at 3:57 PM No comments:

In 2012 we were walking through some back "streets" in Venice, pretty far away from our hotel and the tourist crowds, if you can get away from the tourists in Venice, and we stumbled on an art show of Francis Bacon's works.

I thought that was pretty cool.  Francis Bacon! Here we randomly stumbled on an art exhibit of one of the top scientist of 16 century England, the guy who nearly single handedly invented the scientific method!  I didn't even know he was an artist!

I recall a story in a history of science class I took.  Bacon was riding in his carriage and suddenly came of with the idea of preserving meat with snow.  He stops the carriage, goes to a house and has the owner kill a chicken so he can stuff it with snow.  He caught pneumonia and died.  It was the only experiment he ever did.

As soon as we went into the exhibit, it was obvious that this was not the Francis Bacon, but the other Francis Bacon.  We were the only ones there.

Serves me right for not knowing more about art.  A triptych by Francis Bacon recently sold for $142MM.

I don't know what made me think of this.
Posted by Matthew Piette at 3:58 PM No comments: